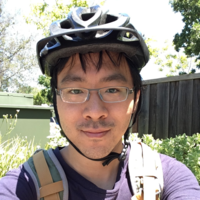 I am a fourth-year PhD student in the Machine Learning Department at Carnegie Mellon University, advised by Prof. Zico Kolter. Before that, I was an undergrad in the CSIE Department at National Taiwan University, working with Prof. Chih-Jen Lin on convergence properties of SVMs. My interests cover both theories and applications for convex/nonconvex optimization.

(See my Google Scholar for other publications.)